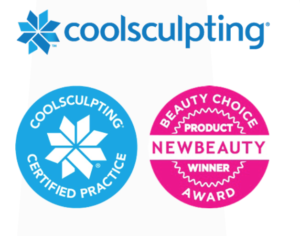 What’s better than freezing away stubborn, unwanted fat and never having it return again? We can’t think of a thing! There have been countless methods of non-invasive fat reduction over the years, but none of them have made an impression on clients and the aesthetics industry like CoolSculpting®.

As the premier body contouring destination in Northern Virginia, we have experience with several fat reduction technologies, but CoolSculpting has remained one of our favorites! Leesburg CoolSculpting works by safely and effectively freezing fat cells without harming any surrounding skin or tissues. Over the months following treatment, the fat cells leave the body through the lymphatic system, never returning to the treated area again!

CoolSculpting has been making an impression since 2010. Six years later CoolSculpting is still one of the most popular and effective fat reduction treatments and still growing in popularity! Why? CoolSculpting in Leesburg provides amazing results with no pain, downtime, or surgery. Also, CoolSculpting has evolved over the years, becoming FDA-cleared to treat muffin top, bra roll, love handles, inner and outer thighs, and more recently the double chin.

At AVIE! Medspa, we are proud to be a CoolSculpting Certified Provider and excited to have performed over 800 CoolSculpting treatments! With more than one million procedures having been performed worldwide, the demand for CoolSculpting isn’t slowing down anytime soon!

Find out if CoolSculpting at AVIE! Medspa and Laser Center is for you! Schedule your body contouring consultation today by calling 703.870.3844.

The Premier Destination for Body Contouring

© 2020 AVIE! Medspa - All Rights Reserved - Built by the team at Acara Partners